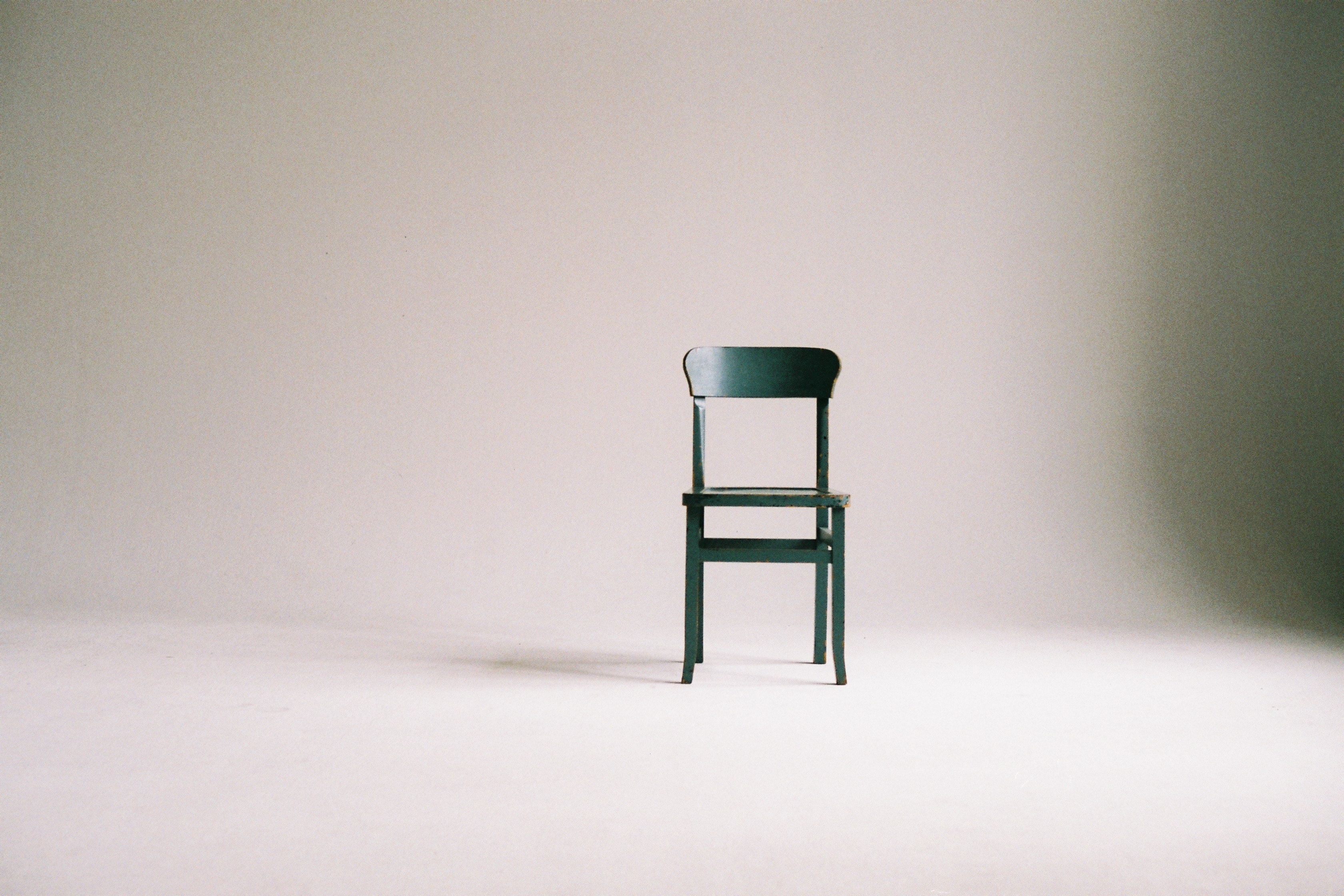 Oh, well, this person isn’t working very hard, are they?

Does your office suffer from a competitive sitting problem?

If you’ve not heard of the phrase before, unfortunately it doesn’t have anything to do with a game of musical chairs, or rolling across the office and jousting each other with broom handles.

It’s likely that you may have experienced it yourself.

Have you ever been sat next to your manager, or your team, and have felt anxiety about going home first at the end of the day, based on what they might think of you if you were the first to leave?

Likewise, have you felt that bubbling stress when traveling into work, making you walk that extra bit faster, so that you can be the first person in your team to arrive? Have you felt that being there first signals that you work harder than everyone else?

That is competitive sitting.

It is a cultural phenomenon where employees believe they are being monitored for how long they spend at their desk, regardless of their output. It can create a workplace where an employee may not go home until their manager goes home, who in turn may not leave until their own manager leaves. Everyone feels like they need to put in more hours because they think that others are putting in more hours.

Clearly this isn’t about the actual work that an individual is doing, but more about the appearance of doing said work.

The subject of competitive sitting was brought to my attention by an Instagram post by Anna Whitehouse (via my colleague Toby), who campaigns for better treatment of those that happen to be parents.

Please leave loudly. Tell people, “I’m just off to pick up baby Ian”. (Noone called their baby Ian last year so trying to revive it). Tell people, “I’m heading off for a beer-and-a-burger down Wetherspoons”. Or simply tell people, “I’m heading home now”. Today I wrote a feature for @telegraph about being human at work in a bid to stop ‘competitive sitting’ – seeing who can remain strapped to their slab of MDF the longest. We’re not talking about a monologue on baby Ian’s weaning journey or an insight into nit comb research. But why hide our lives from work? When did it become OK for a woman to sit at her desk miscarrying for fear of telling anyone because they might know she is ‘trying’? When did life become something to sweep under the carpet with hole punch offcuts and rogue staples? When is that good for business? Every day, Robbert Rietbroek asks his executive team to “leave loudly”. For the chief executive of @pepsi Australia and New Zealand, it’s about sending a message to the entire company. "'Leaders Leaving Loudly’ is something we created to ensure that when team leaders leave, they feel comfortable doing so but also to declare it to the broader team,” he said. "So for instance, if I go at 4pm to pick up my daughters, I will make sure I tell the people around me, ‘I’m going to pick up my children.’ Because if it’s okay for the boss, then it’s okay for middle management and new hires.” Rietbroek said the goal is to reduce “presenteeism” and boost team morale because if you are “younger or more junior, you need to be able to see your leaders go home, to be comfortable to leave”. Since joining @pepsi, the father of two has been championing family-friendly, flexible work policies, as well as attempting to boost the number of women in senior management roles — currently at about 40 per cent. But he wants to challenge the perception that flexible working arrangements are “off limits” for men and non-parents. The head of procurement is an avid surfer, and is given flexibility to take time off when the surf conditions are good. "His entire team knows when he’s not in the office he’s catching waves ?.” #flexappeal

The post references a workplace initiative from Pepsi Australia and New Zealand called “Leaders Leaving Loudly”. When team leaders go home early, they are encouraged to publicly announce why they are doing so. Perhaps they need to go and pick up their children. Perhaps their partner is sick and needs some help at home. Perhaps they’ve worked really hard this week and need a couple of extra hours to decompress. But, regardless of the reason, they announce it openly to their team before leaving the office.

The idea, as explained by CEO Robbert Rietbroek, is to reduce “presenteeism”, because employees that are younger or more junior will see their leaders going home for work-life balance reasons and will therefore also feel comfortable to leave when they need to. Leaving loudly drives a culture of working smartly and efficiently whilst being mindful of other commitments in our lives. It says that we aren’t primarily in the office to simply clock in and clock out, we’re here to get meaningful and impactful work done and then go get on with other equally important things.

Over the years, there have been a number of articles on the subject of presenteeism in Japanese culture. In fact, Japanese firms have been under scrutiny for the expectation of long hours as opposed efficient work. An unwritten code of how many hours one should be visibly sitting at their desk can create a culture of sleeping in the office, sinecure activities, and an unhealthy, stressed and unproductive workforce. At worst, it can lead to serious harm and death. There is the Japanese term karoshi, which means death from overwork. There are a shockingly high number of reports of this occurring.

Work is a large, meaningful part of life, but the best work is done when suitably rested and refreshed. And, like art and food, the greatest satisfaction is gained through contrast with other opposites: the rich diversity of the other facets of life. A day filled with productive work, fun family time, a walk, some exercise and a good night’s sleep is far more satisfying than 18 hours of unproductive graft due to tiredness, a silent takeaway dinner where both parties are on their phones while eating, and falling asleep on the sofa.

How can we move towards a healthy balance?

The oft-used term virtue signaling means the conspicuous expression of moral values. In recent years, its use has become loaded with negative connotation and has been used to highlight certain behavior on social media, where people partake in particular activities in order to appear virtuous. Such activity can be seen in changing a profile picture to support a cause, retweeting content from charities or politicians, and offering “thoughts and prayers” for any world crisis or notable figure passing away. Changing your profile picture is not the same as actually raising money for a charity.

Competitive sitting is a form of virtue signaling. It says “Look at me! I’m still here and I’m here until the end! I am the best employee!” But – and I don’t know about you – I’d much rather work with people who come in, get stuff done, then go and spend time with their friends and family so that they come back the next day refreshed and ready to do it all over again.

You don’t want employees sitting around in the office until 7:30PM – despite doing nothing particularly of use – to be congratulated as examples of people that are working hard. Instead, we need to ensure that people are held in high regard for their actual output, rather than their perceived output.

We need to consider the behavior and examples that we set to others in the company. This is why it is important for managers and leaders to make sure that they are sending the right message through their actions.

Think about your team, or your company. What is the culture like with regards to working hours and presence in the office? Do you think that your actions match your expectations for your staff, or is that something for them and not you?

Are you expecting your team to do 60 hour weeks, yet you regularly go home at 4PM? What message does that send? Conversely, do you want for your team to feel like they have the flexibility to come and go as they choose as long as they are getting their work done, but regardless, you’re there at your desk from 7:30AM to 7:30PM every day? How do you think that might make them feel, knowing that their manager is always there before them in the morning and after they go home at night?

Check whether your own actions align with the workplace that you wish to see around you. Ensure you are acting congruently with what you want to see. It’s unfair to expect the same from others otherwise.